Game made for the 8 Bit to & (supposed to be infinity, consider it like so)

Thanks to all the people that participated in creating this game like me and also myself and the most imprtant is I :P And of course Joshua MickeyLean for the music

Could've probably used more time. Gets repetitive after a while. You should make it easier to die.

I like the game, but it gets very repetitive after a while. Stopped at around 4000 points, as it was becoming more like a chore. I feel like the game could've been made more interesting if it had progressive powerups. Say the jetpack only appeared in the first 500 points, and then it got replaced by the super boots (or whatever it's called), and then more powerups and less platforms along the way, to make it more interesting. Also some deadly traps or something along those lines could be interesting.

My rating: ★★★☆☆, because it got repetitive after a bit. I did enjoy it though, and the art reminds me of your inspiration for the game! 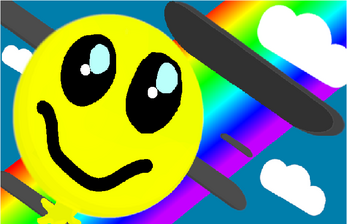